I have worked on so many projects over the 15 years that I’ve been a designer. While the primary case studies on my site give an example of the work I have done most recently, I’d still like to give some context on where I am now based on my work in the past. I’ve served in a variety of roles as designer (product, visual, interaction, UI/UX, environmental graphic designer, branding, etc).

Below you can find some of the projects from my past in which I am most proud (in snack-sized increments). I will probably add to the page when inspiration strikes. One goal was to surface more mobile projects. Obviously you can see how styles emerge over time. I can’t wait to show what I did before 2010. 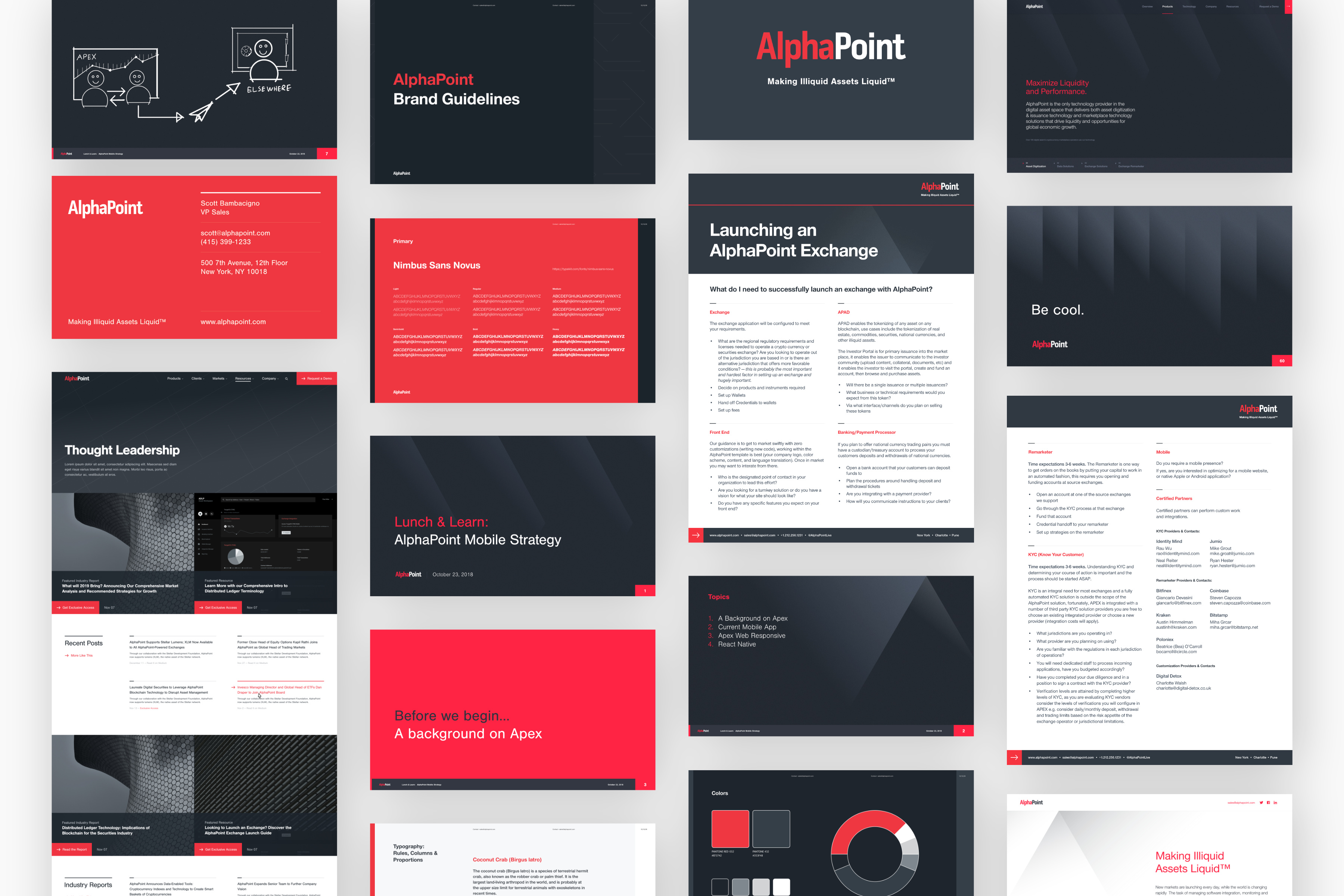 While my primary function at AlphaPoint was digital product design, I was generally leading design, so I also took ownership of AlphaPoint’s brand language as a side project.  Prior to my start date, the foundation of AlphaPoint’s brand was their logo and the colors red and black. Aside from that, the collateral and web presence was a total mess of different styles.  People were generally unhappy with the situation, so I took the opportunity to rally everyone to a simple modernist approach. I did a lot of the design, but I also art directed some outside vendors designing the website and some of the collateral. I needed the help as I was wearing many hats within the startup environment.

My first project with Citibank was as the main visual designer on their first iPad Application. The stakeholder relationship and our reimagining Citi’s user touchpoints and visual language brought more work Fjord’s way. Over a couple of years, I worked on many of Citi’s products but my favorite of all was the Citi Global Mobile app project. It was in the waning days of Apple’s “skeuomorphic” period (which I was bored of) and I used it as an opportunity to bring a more sophisticated visual direction that fit within that time period. I believe I accomplished that goal.

Overall, the goal was to to make an app that can handle most of Citi’s consumer services. Everything from checking balances and transactions to paying mortgage and credit bills. The application presented a host of data visualizations that intended to help users contextualize their spending, savings and account balances. 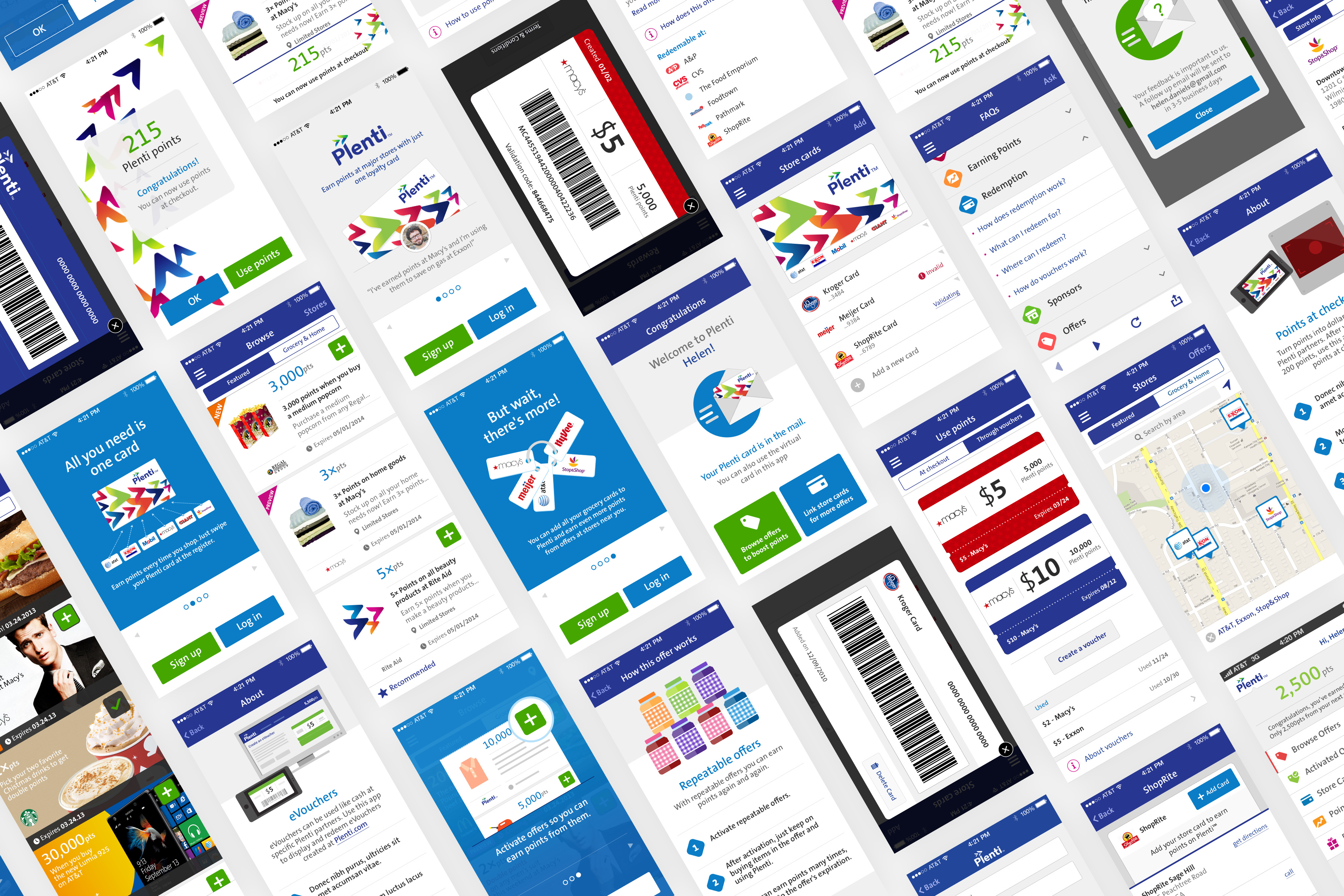 My primary responsibility at ustwo was serving as the lead visual designer on Plenti, a huge American Express iOS and Android app. I helped transition the work from the ustwo London studio to New York. The London team consisted of 5 visual designers, while the NYC team was whittled down to 2.5. The project was managed agile so we were able to add many new features and almost completely update the visual design to be in line with iOS7 standards. We conducted two week sprints where we would tackle a number of features. Developers were based in North Carolina and we had a daily standups. My involvement on the Plenti app lasted for 9 full months and was the longest project of my career at that point.

One of the highlights of my tenure as lead visual designer was creating messaging and a visual language that explained the immense program in a friendly and simple way. Additionally, taking over such a large workstream, winning over designers and producing good results was very rewarding. 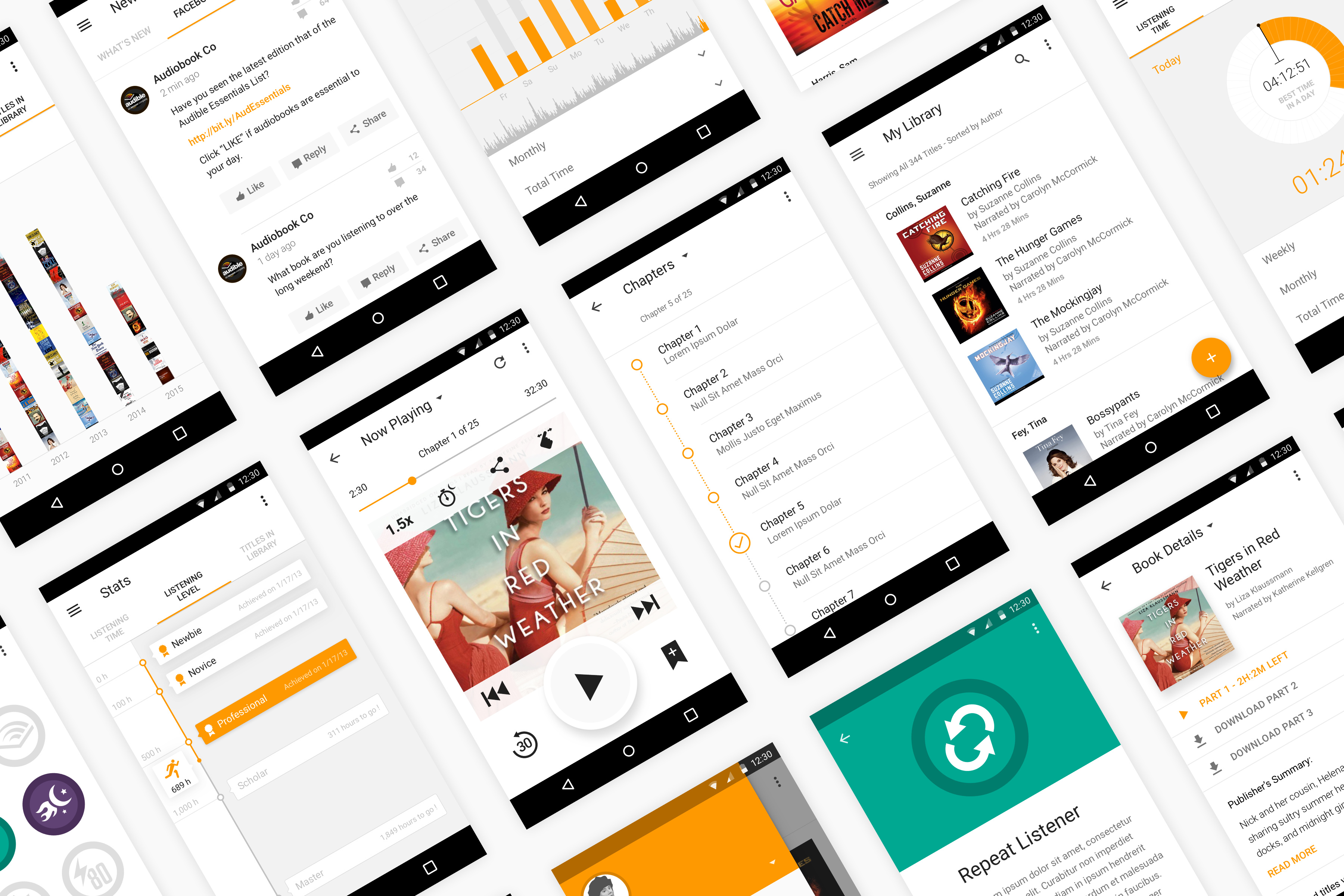 This project was a consulting gig to initially provide Audible with general visual design support for their forthcoming Android app. During the two month engagement, we worked closely with a couple members of Audible’s in-house design team, as one of their designers produced the interaction design for the app. Because of the close collaboration, I was able to build upon the interaction design and create new solutions specifically around micro interactions and data visualization (“listening statistics”).

I was a visual lead assigned to this project and the solo designer for most of it. Later, another designer came aboard to help me with remaining screens and production.

I later revised the design to conform to Material design guidelines.