Seven Cities was a sub-continent north of Quon Tali and west of Genabackis that had been conquered by the Malazan Empire. It was an ancient land, built upon the ruins of countless cities dating back to the First Empire. Hot, dry, and largely desert, its sands obscured forgotten pathways, hoarded power, and soaked up sorcery. Every foot of the land had been walked by Ascendants. To the northwest it was bounded by the Sepik Sea and the Dryjhna Ocean. To the north, by the Kokakal, Maadil, Talgai, Otataral, and Bandiko Seas, as well as the Sea of Kaltepe Kadesh. To the east were the Sea of Gallada, the Sahul and Dojal Hading Seas, and Seeker’s Deep. To the south lay the Cragg Sea and Quon Tali. The Clatar Sea was contained within the south-central portion of the continent itself. Whiskeyjack commented that Mock’s Hold was about 3000 leagues from Seven Cities. Seven Cities supplied the front lines on Genabackis. Ganoes Paran thought that the natives of Seven Cities had a predisposition for causing trouble and attributed the problems of the Genabackis Campaign to the pre-dominance of Seven Cities natives in the Malazan 2nd, 5th, and 6th Armies. 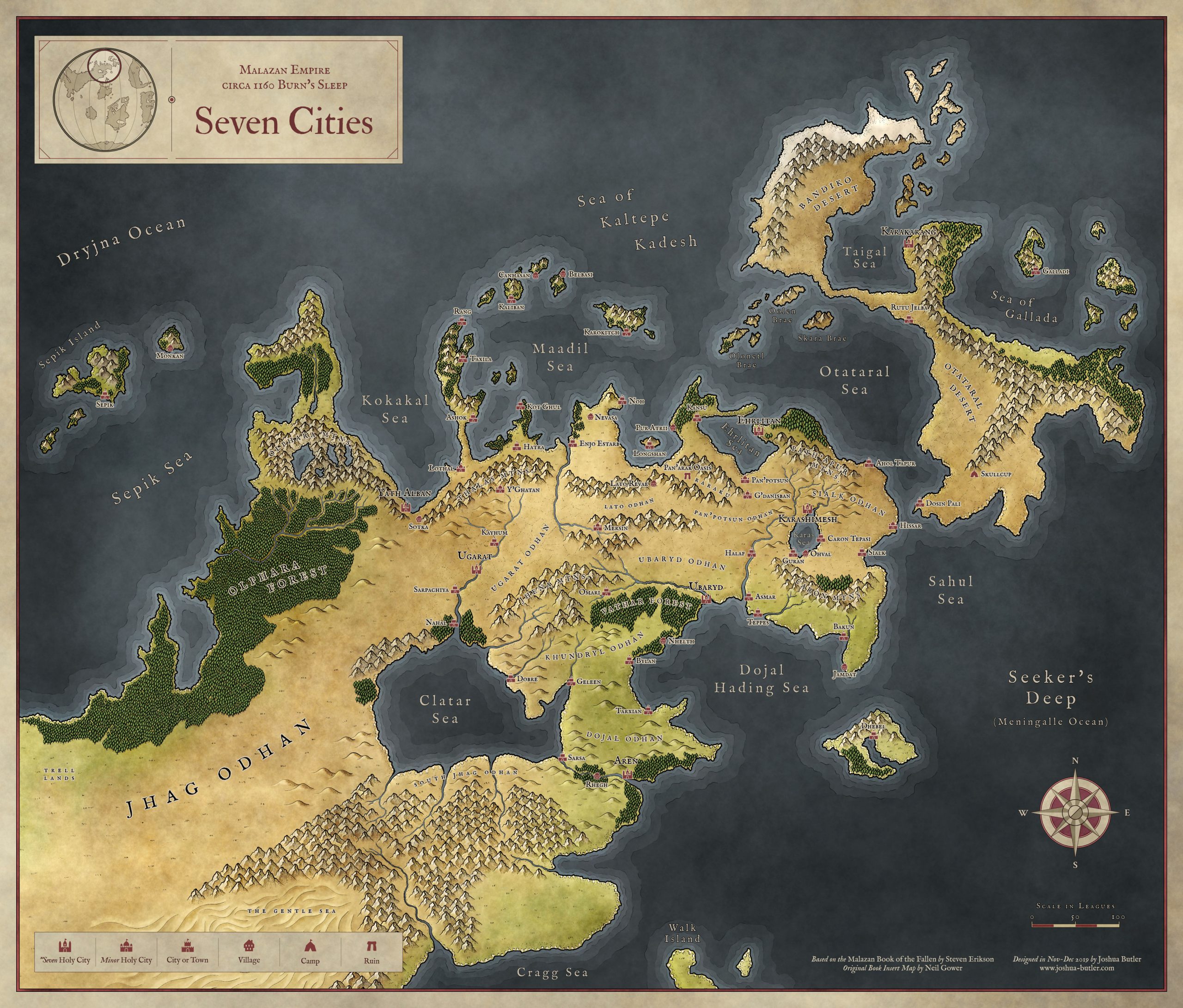