The history of the continent was dominated by two rival provinces, Unta in the east and Quon Tali in the west. Each sought to dominate trade and crush its rival while “lesser states, Itko Kan, Cawn, Gris, and Dal Hon, danced in a myriad of alliances, trade combines and Troikas marshaled against one or both poles.” When the Malazans began their domination of the continent, Unta and Quon Tali were the first to fall. After sealing the deal with Kellanved, the province’s council of nobles was rounded up and beheaded. 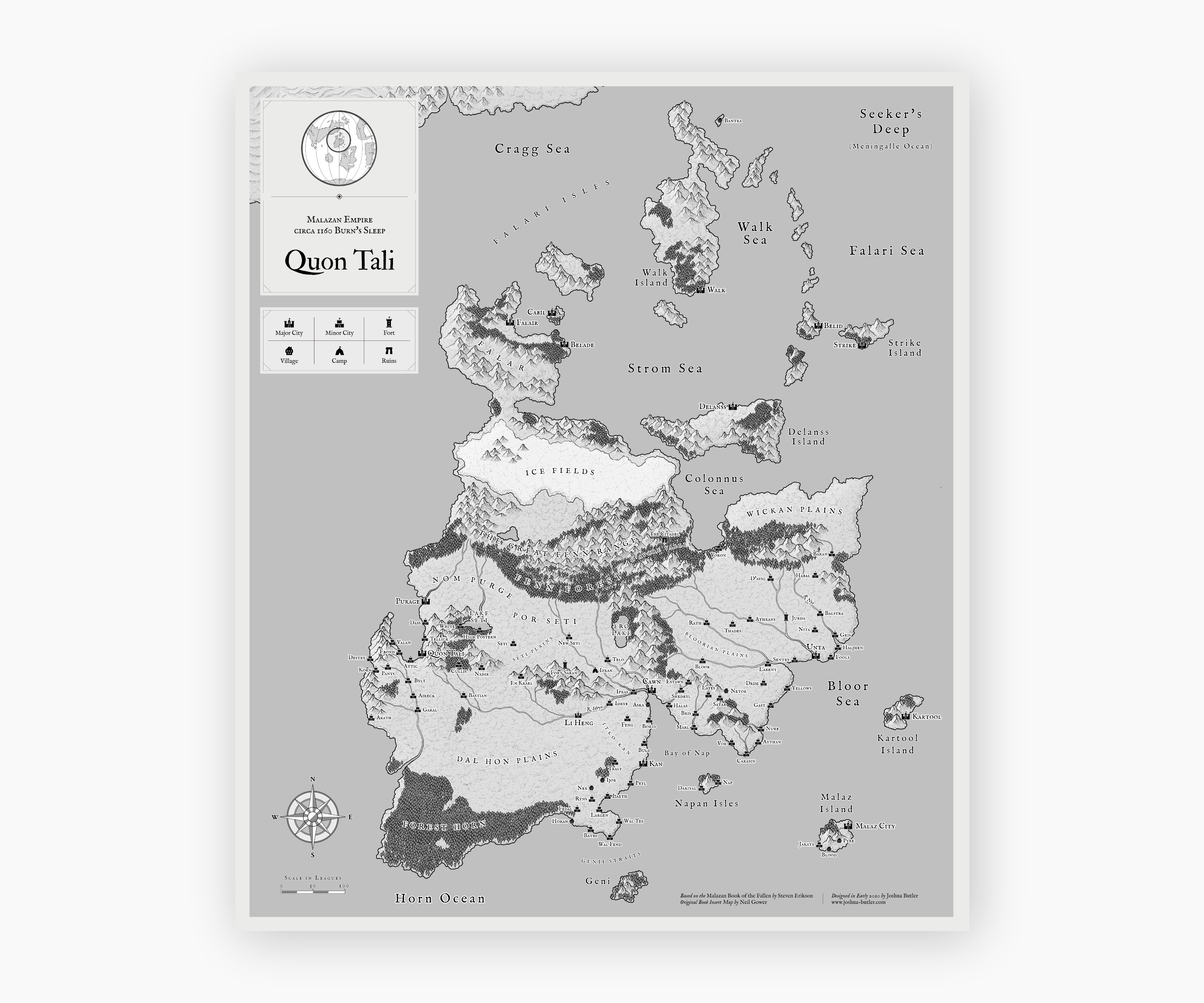