Genabackis was a continent where much of the plot in the first books of the Malazan Book of the Fallen series took place. It was one of the larger continents on the planet. It was bound to the west by Meningalle Ocean, to the north by the Hudd Sea, and to the east by the Rust Ocean. The “Free Cities of Genabackis” was an alliance of cities attempting to thwart the Malazan Empire‘s intention to conquer the continent. The majority of them were subjugated. As of the beginning of Gardens of the Moon, only Pale and Darujhistan remained unconquered by the Malazan Empire, although Pale was defeated early on in the book. 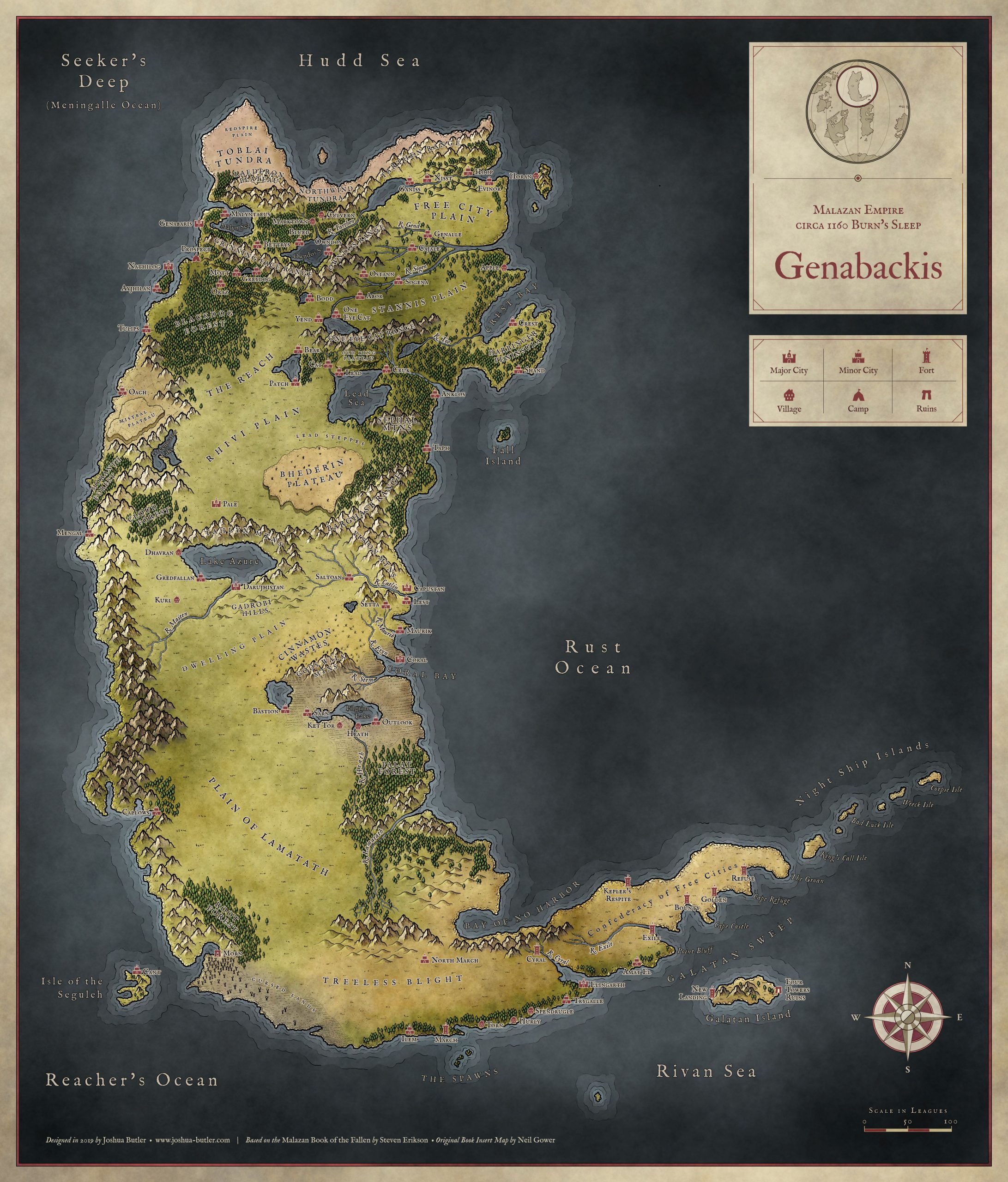 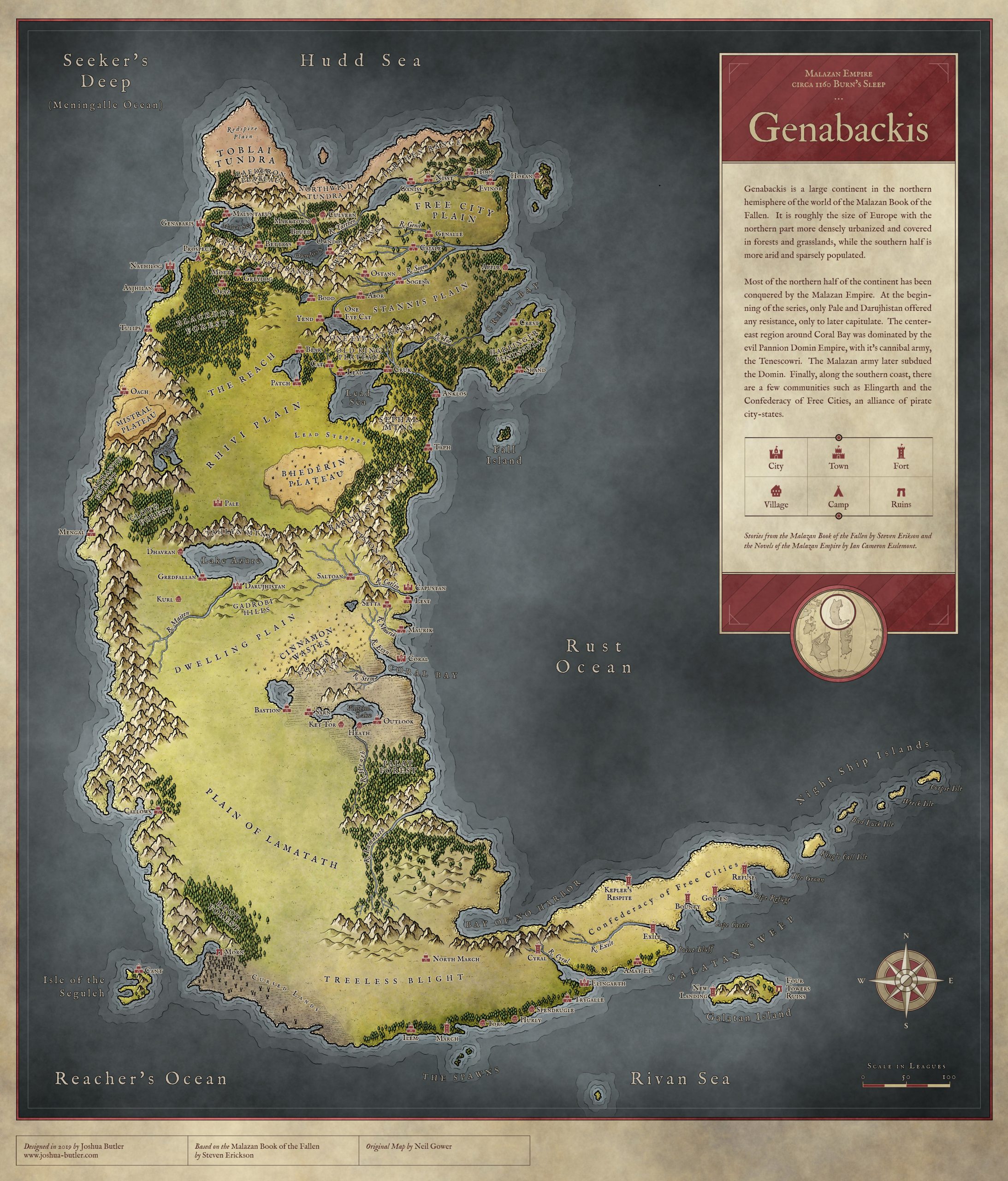