The continent of Jacuruku was a small island-continent located south-west of Stratem and Korel, south of Quon Tali and Seven Cities and east of Lether. It was divided in two by the Gangrek Range, with deserts lying to the west and thick jungles to the east. 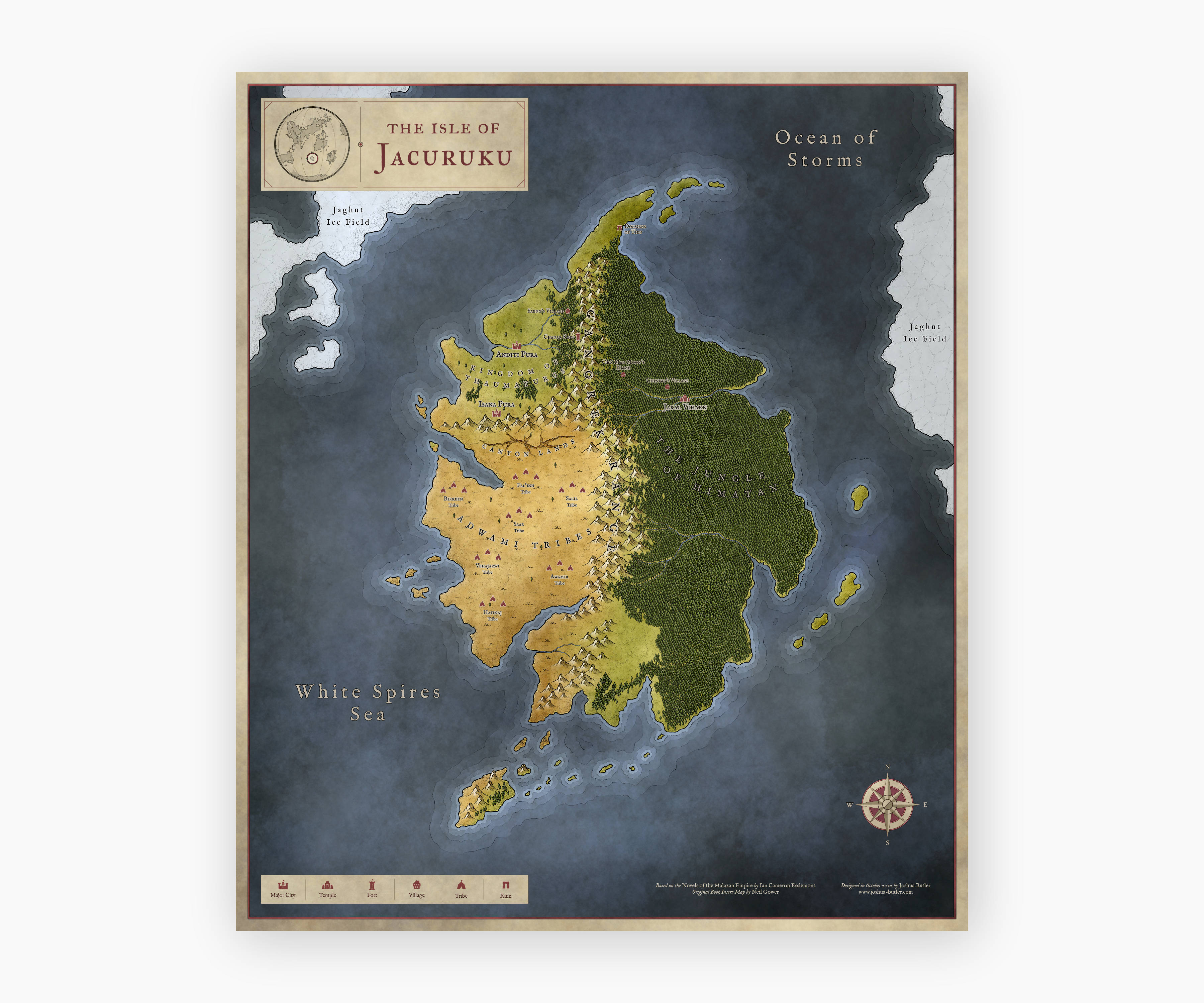 Based on the original map by Ian Cameron Esslemont & Neil Gower